In our previous devlog, we talked about how to form and manage a fleet and just how useful a fleet can be in the progression of the game. We also briefly discussed how your crew played an important role in managing your fleet and sails. In this Devlog, we are going to take a deep dive into Pirate Crew and let you in on some juicy things these pirates can pull off!

Pirate Crew in Seadogs of Nassau

You will come across a variety of ships sailing along the massive Caribbean in different shapes and sizes but what’s common between them is the crew living on these ships and taking care of every operation. Each ship requires a minimum amount of crew members or sailors for it to be able to operate properly.

The number of crew members on board determines how efficiently the ship fills its sails, how quickly it reloads its canons, and just how much manpower it has to defend against a lethal attack from the enemy combatants. If you have more than one ship in your fleet, the crew gets divided into the ships to ensure the fleet can properly sail.

How to Form a Pirate Crew

There are many different ways of forming a crew in Seadogs in Nassau. The most common way is recruiting pirates from ports. Each port in the Caribbean has an area where you can recruit/bolster your crew. The ports having a larger population with smaller wealth is likely to have more men willing to join you. However, these pirates sail with you “On Account”, meaning they expect a fair share of the profits at the end of every voyage instead of working on a regular payroll.

Recruiting these men is just one small step in building a loyal crew, you have to make sure that your pirate crew’s expectations and basic needs are met. This includes carrying enough food to properly feed the whole crew when sailing, having a doctor on board to treat the crew members, and giving them a fair share of wealth from battles with other ships or ports. If you fail to keep up with the crew’s basic needs, they are likely to rebel against you and ditch the ships when anchored at a port. 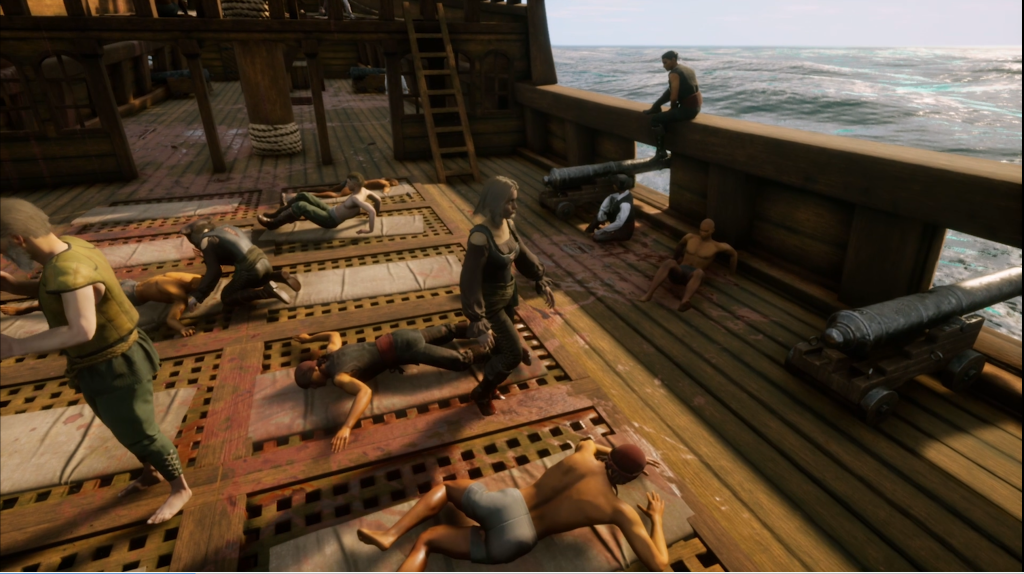 Some Key Features of Pirate Crew

There’s quite a lot of diversity in crews, your how infamous you are throughout the Caribbean also affects the type of pirate crew that you can recruit (i.e. Only S class crew members will only join you if you’re a well renowned pirates).

There’s much to be explored but I hope this Devlog should give you some idea of how crucial a crew is to your success and progression in the game.